Home | About Us | Company History

Bill Brown…the man
behind the dream.

After spending much of his working life in the gear and gearbox industry, Bill Brown knew he could build a better company. His dream was to bring together the right people with the right tools and other equipment in a state-of-the-art facility – a place where gearbox repair and rebuilding was not just a sideline, but the company’s only business.

Bill recognized early on that it would take more than just hard work on his part to make his dream a reality. It would take a good partner. So after spending a year in semi-retirement making plans, Bill asked his long-time colleague, Don Benton, to join him in the new venture. After finding a suitable location at 460 Elm Street in LaGrange, Illinois, Bill and Don launched Quality Reducer Service in February of 1989. The business concept quickly caught on and the partnership prospered for next five years until Don retired in 1994. With Bill now solely at the helm, QRS continued on the same successful course until the company eventually outgrew its space in 1999. At that time, QRS moved to a 15,000 square foot location at 620 East Avenue; also in LaGrange.

In 2003, Bill Brown - contemplating retirement - sold his company to Circle Gear and Machine Company, a firm with which he had a long-standing business relationship. Once again, he found his retirement short-lived. Soon, he was back at the company he founded - this time as a consultant. Bill Brown never did retire. He continued to contribute his expertise and passion for the business to QRS until the day he passed away in October of 2005. Today, Bill Brown’s legacy and vision live on in everyone he inspired.

In 2014, with operations demanding more space and faster turnaround for machined and refabricated gears and other components, Quality Reducer Service moved to its current 150,000 square foot facility at 1501 S. 55th Court in Cicero with Circle Gear. 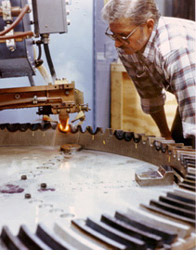 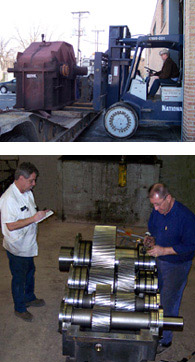